The second Remix Garden presented an eruption of materials and plants, scattering colour across the courtyard, in a riotous array of colour, form and texture.

The starting point for the concept behind the design was the theme for the brief of the original RHS Chelsea Flower Show Garden by Wilson McWilliam Studio - 'always precious, sometimes scarce'. Translating, or rather remixing, this sentiment into another context, Anoushka Feiler drew a parallel with the idea of 'Freedom', something that is also always precious and sometimes scarce. The installation was an explosive scene of plants breaking free from the hard materials, showing how grey urban spaces can be transformed into vibrant green spaces bursting with life, an inspiration to 'free the green'.

The rammed earth walls and boulders created a structural front end structure to the installation. Three large steel cages were introduced into the work, with two of them containing singular shrubs, representing enclosure and containment, whilst the third, supplemented by copper rods, had exploded outwards, from which the planting flowed towards an exhuberant display at the other end of the installation, supplemented by additional flowering perrenials. The work filled the entire courtyard, derailling any possibility of a singular focal point. Landformed rubble and hardcore, including the demolished polished concrete cantilevered platform from the Wilson McWillaim Studio garden, was mounded in an island formation with the planting thrusting out, as a reflection of the tenacity of nature. A deck chair at the rear end of the garden underneath an apple tree, created a spot for pause, relaxing and reflection, freed of all constraints. 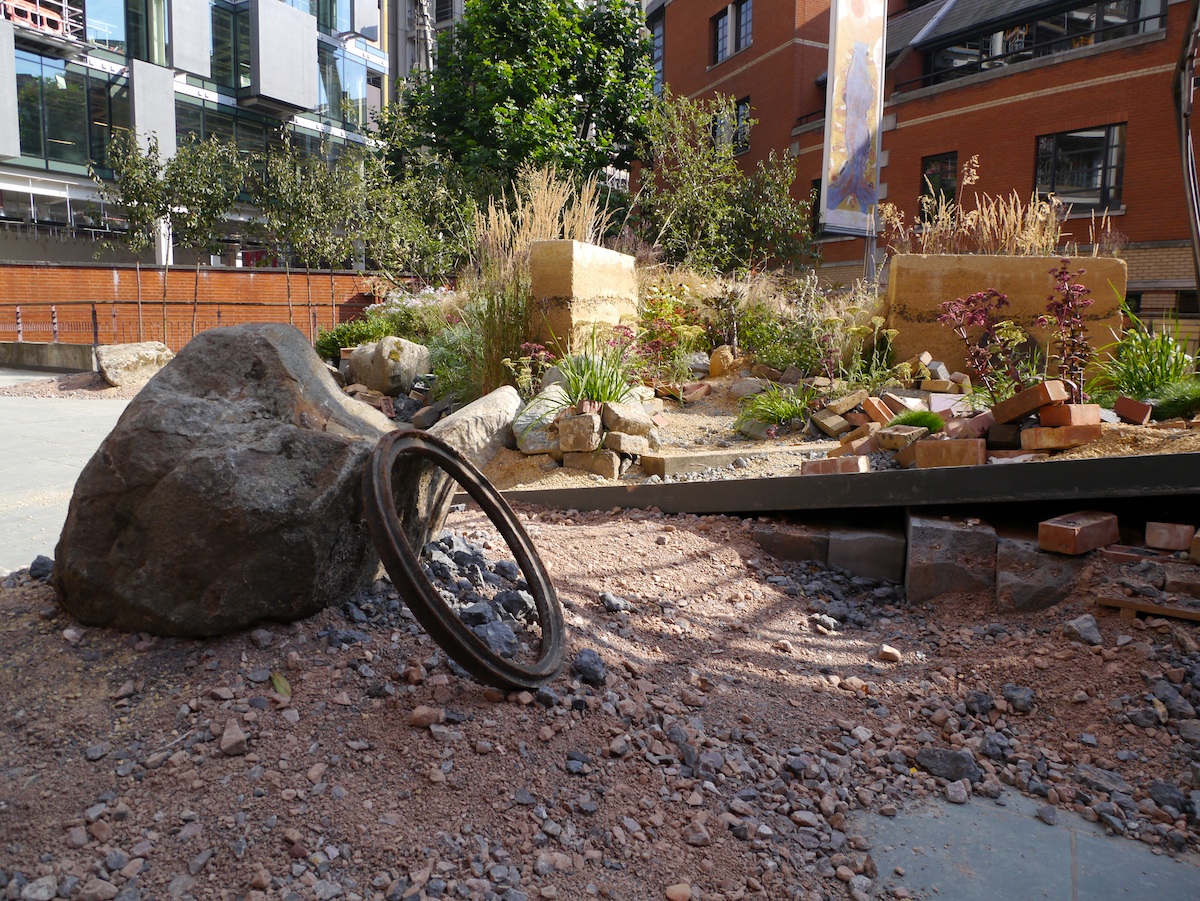 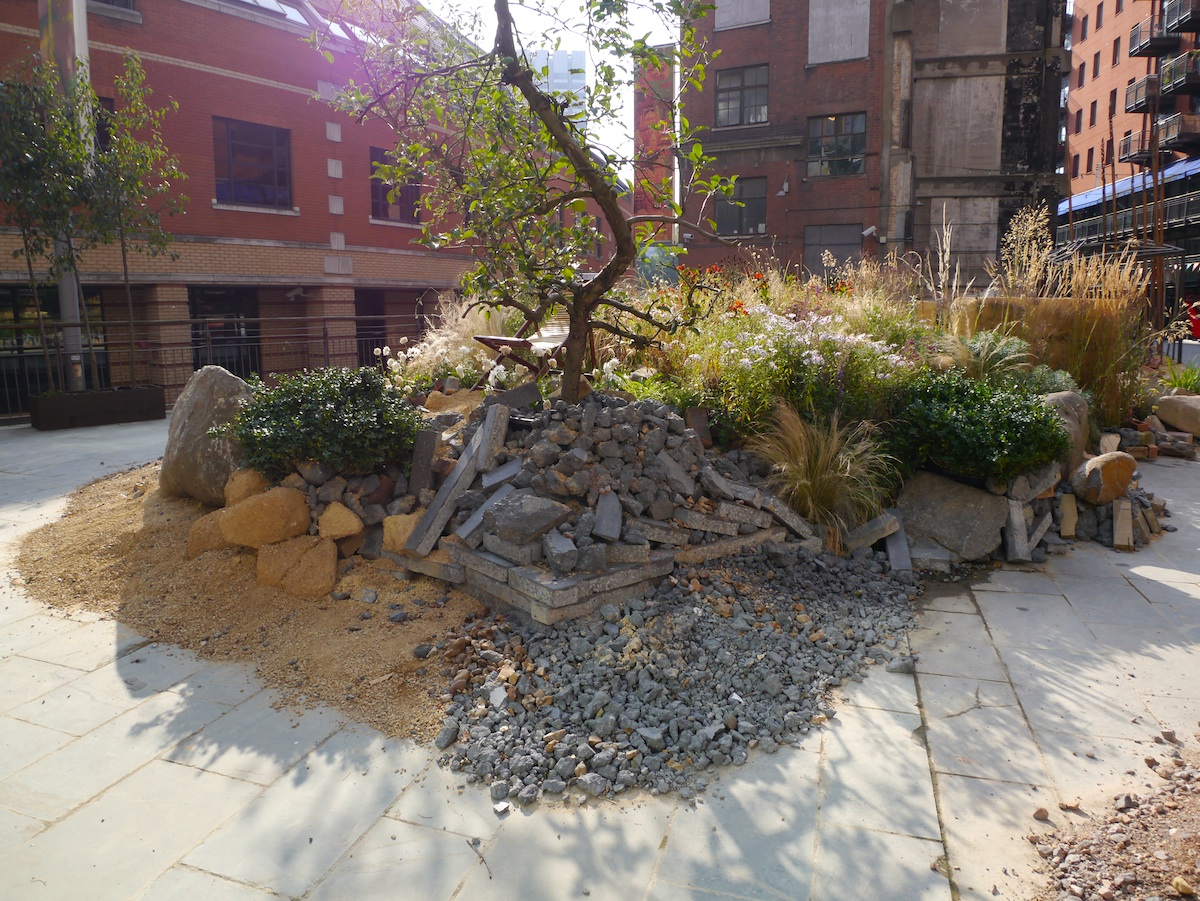 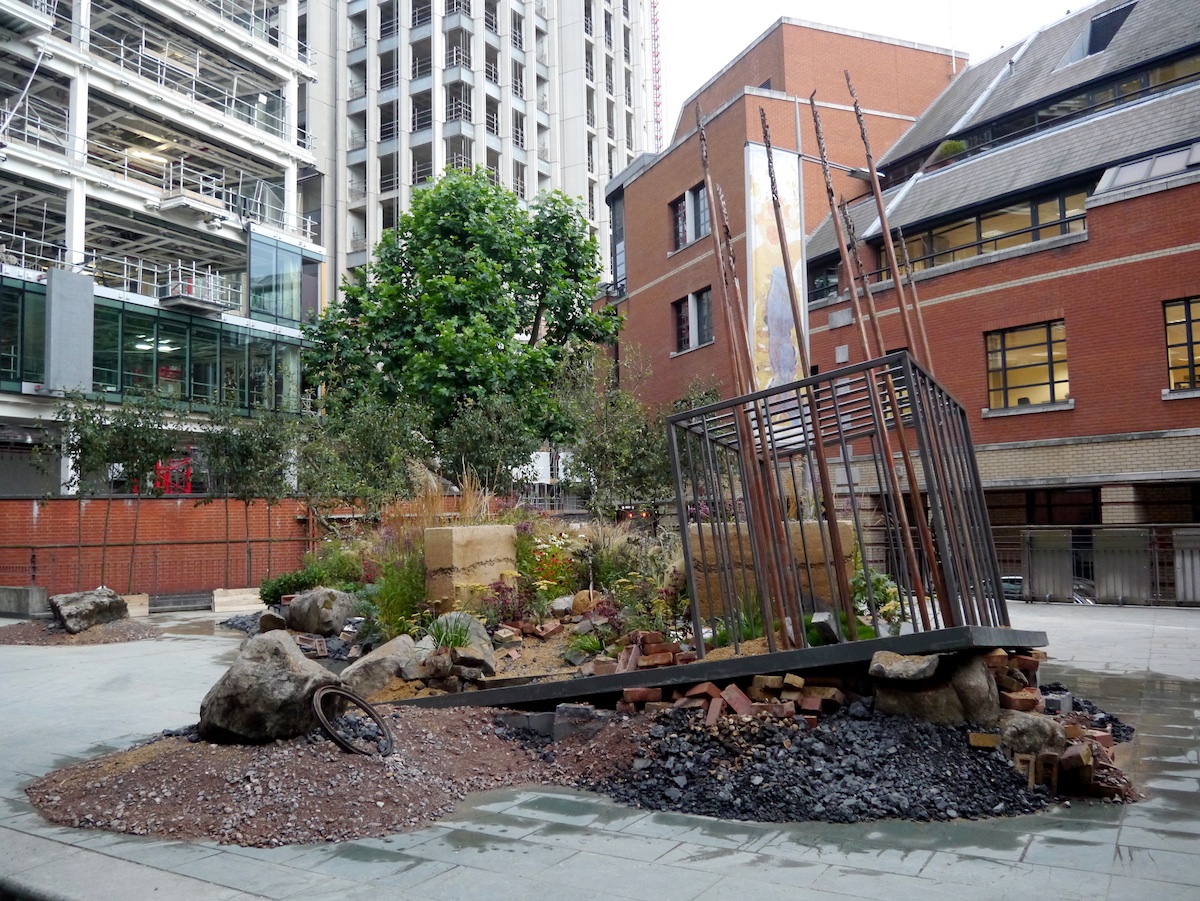 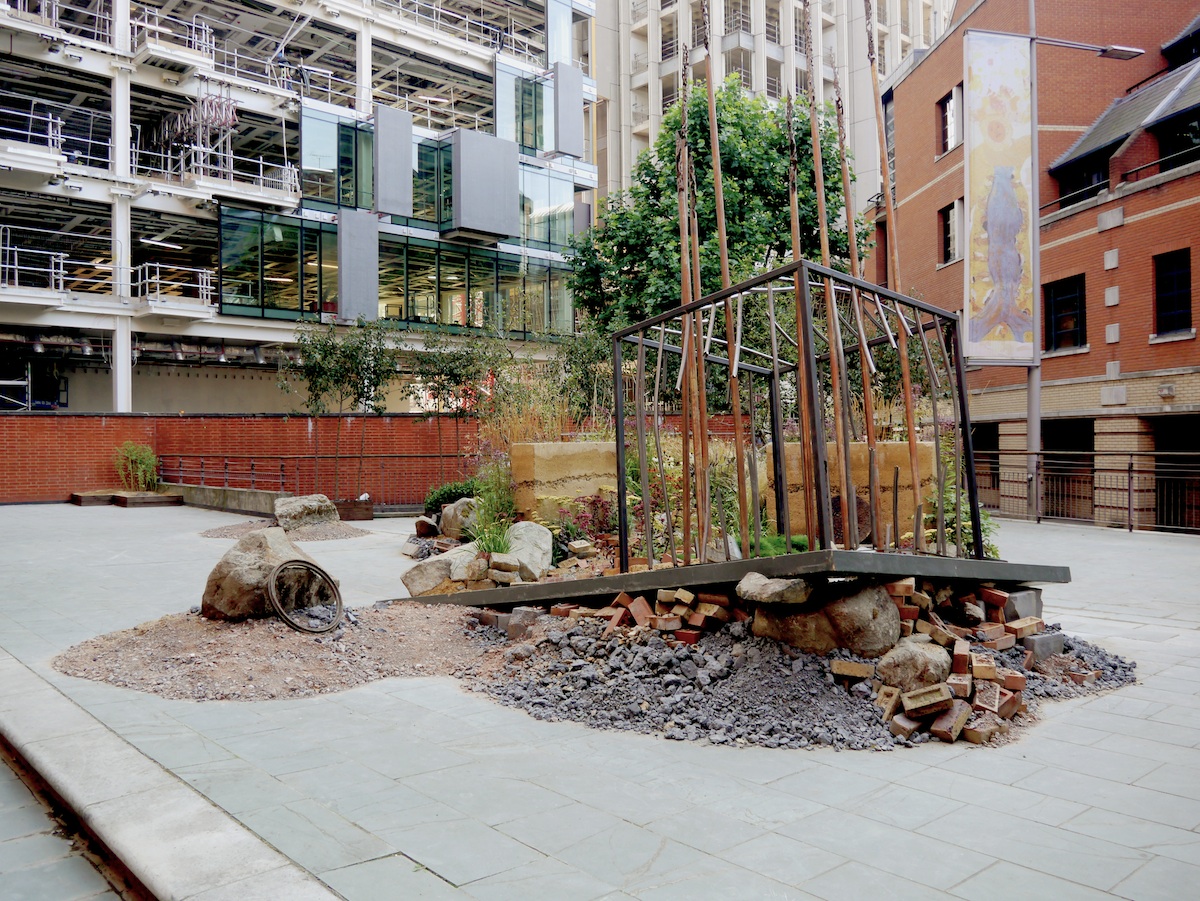 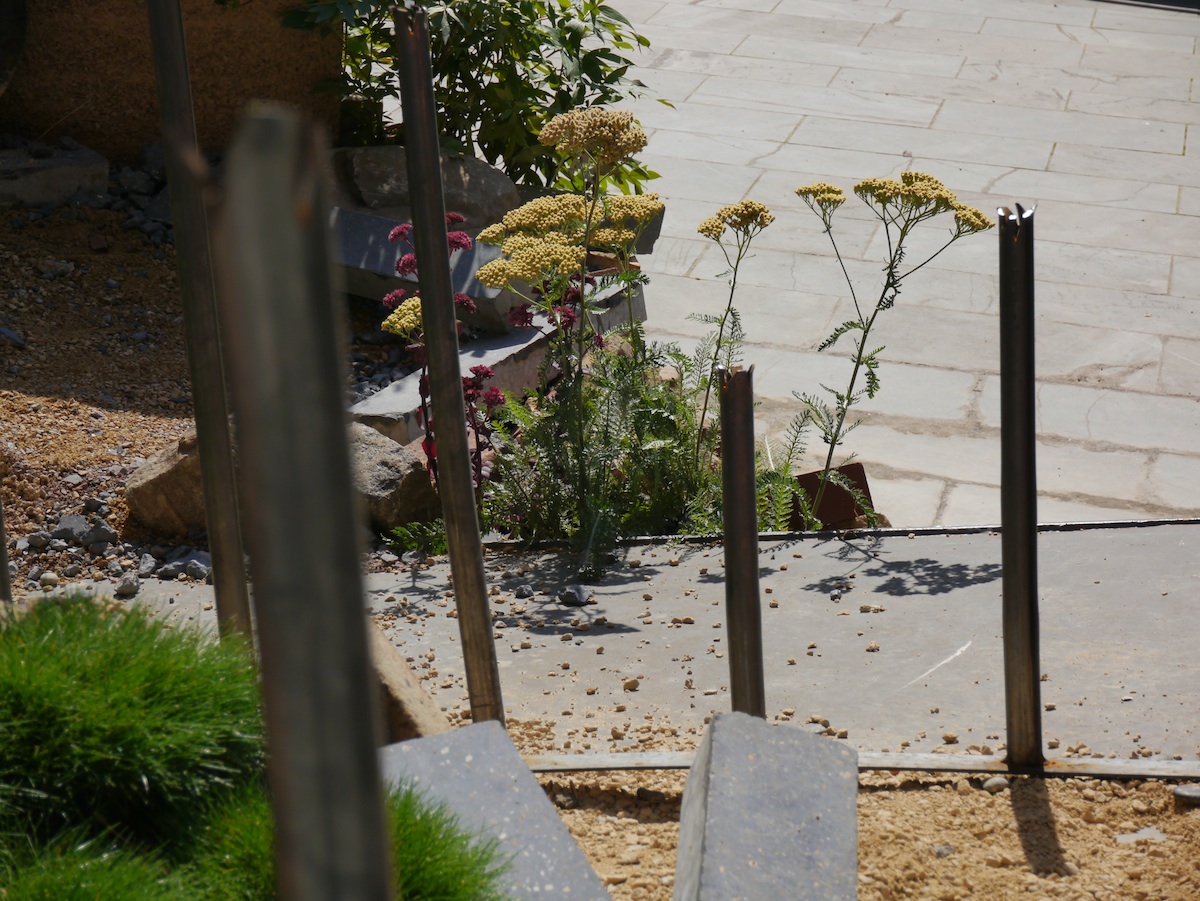 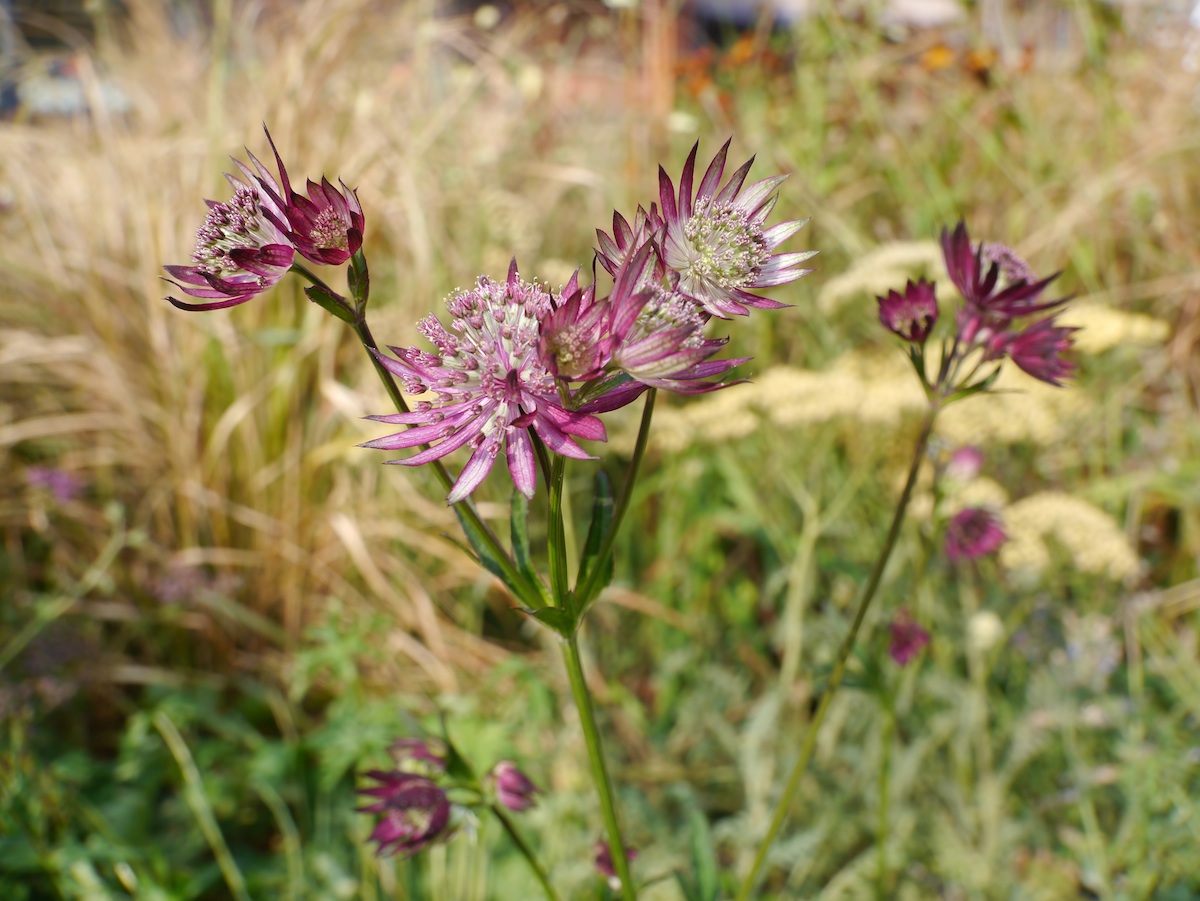 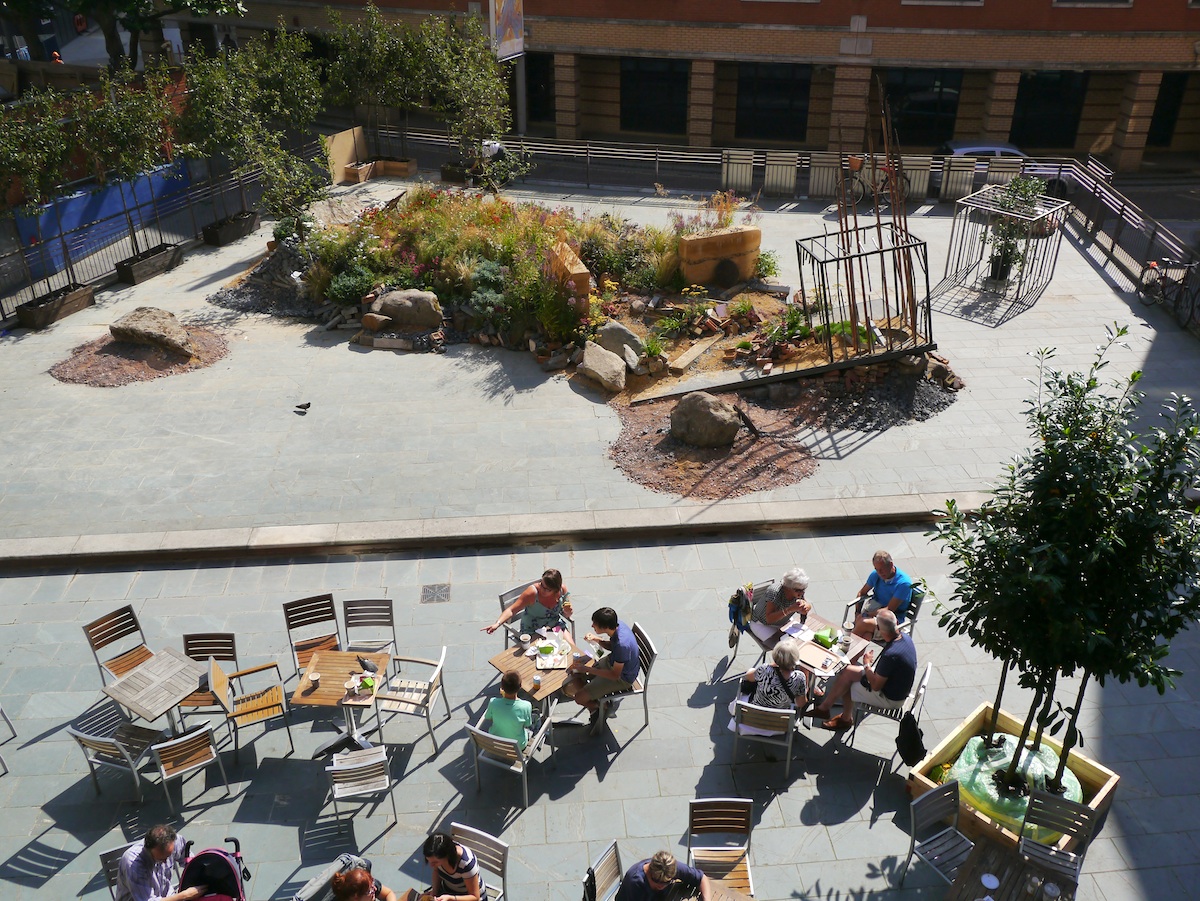