'The Majesty' reconfigured 'Glamourlands', a show garden commission by The Royal Horticultural Society for Chelsea Flower Show 2012. Featuring a picturesque landscape portrait of the Dorset coast, it was transported after the show to The Vaults, a Victorian tunnel operated by The Old Vic Tunnels, below Waterloo station.

A monumental work featuring  carbon and jewel encrusted forms up to four metres in height,  wind-swept pine trees from the National Trust coastal property at Formby, and a Hartley Botanic greenhouse. It combined lighting, Penhaligon's scent, animation by Unanico and a work by sound artist Darryl Moore, to create an immersive subterranean landscape experience.

Over the course of five months 'The Majesty' slowly took on a new forms, creating an otherworldly spectacle as fungus grew across, and colonised, the landscape installation. The artists worked with scientists from National Institute of Agricultural Botany (NIAB) in Cambridge, to produce a culture of fine mycelium which spread and colonised the surfaces of the bejeweled landmass. Edible mushrooms were also grown on the sculptures inside the candle lit greenhouse.

The Majesty Film by 2WODIGITS

The Majesty Soundtrack by Darryl Moore 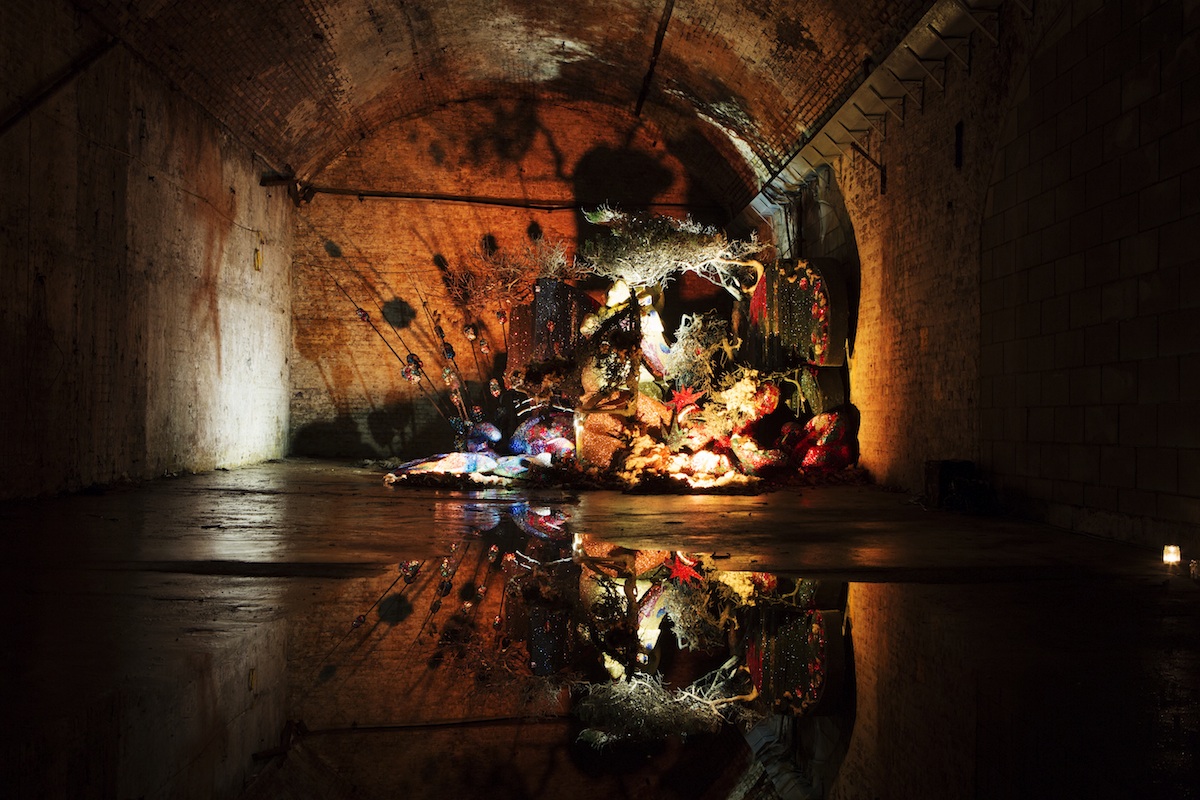 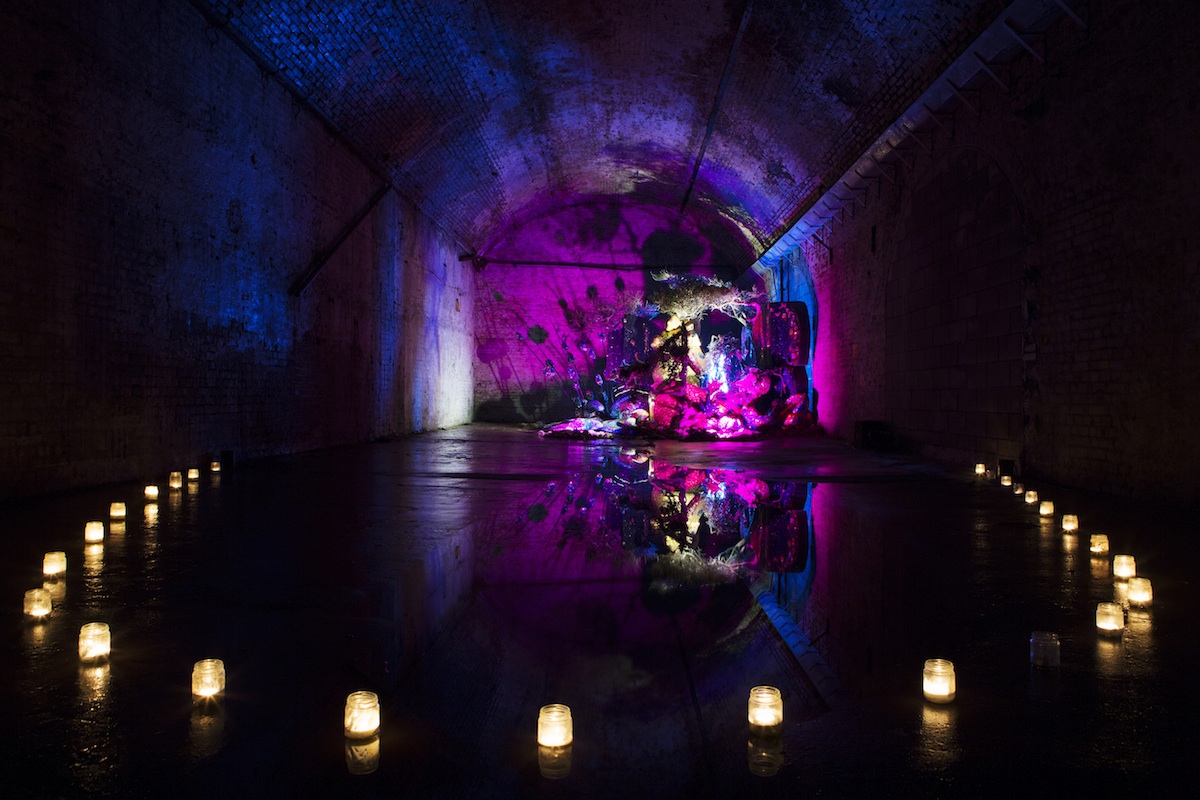 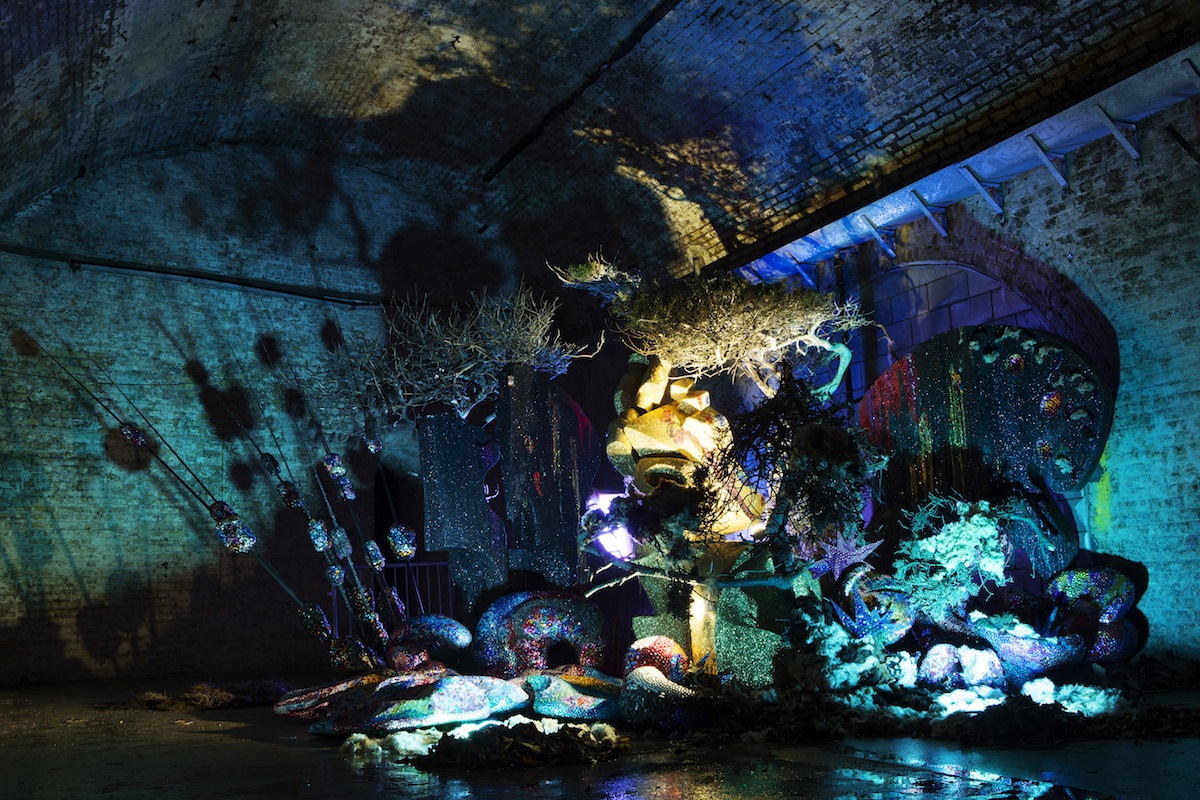 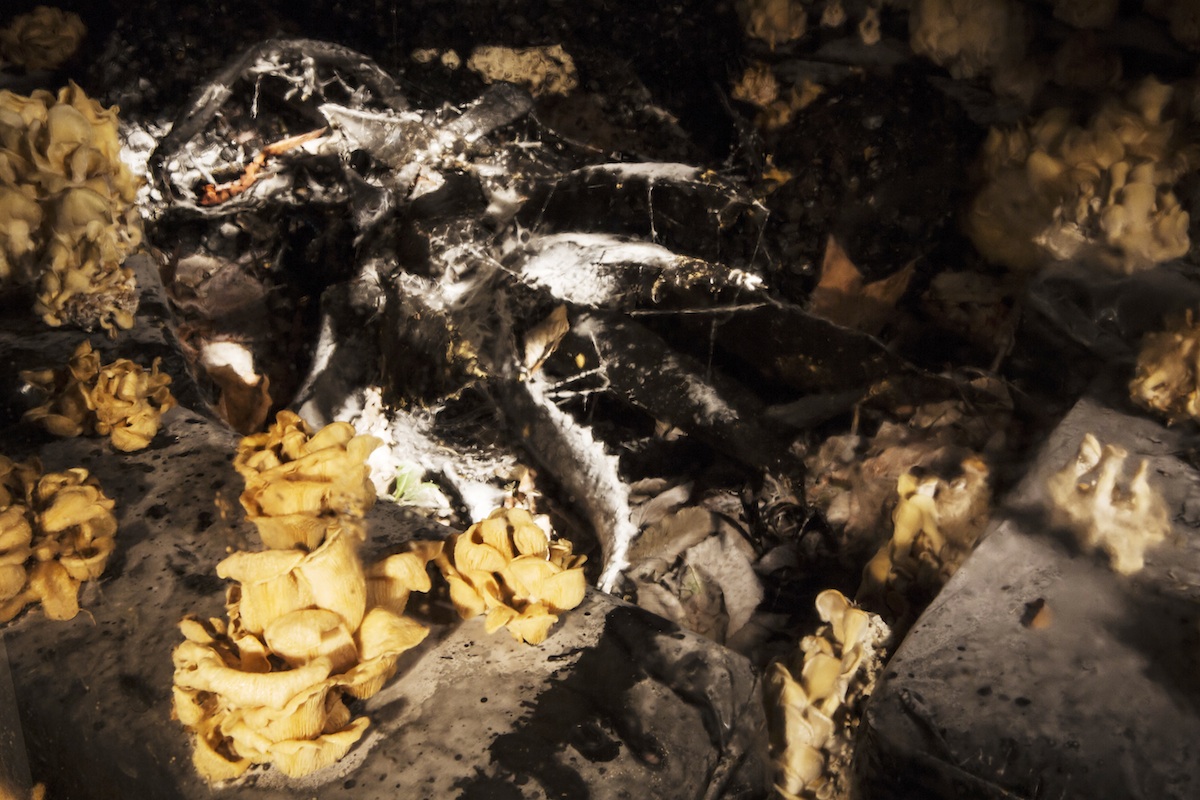 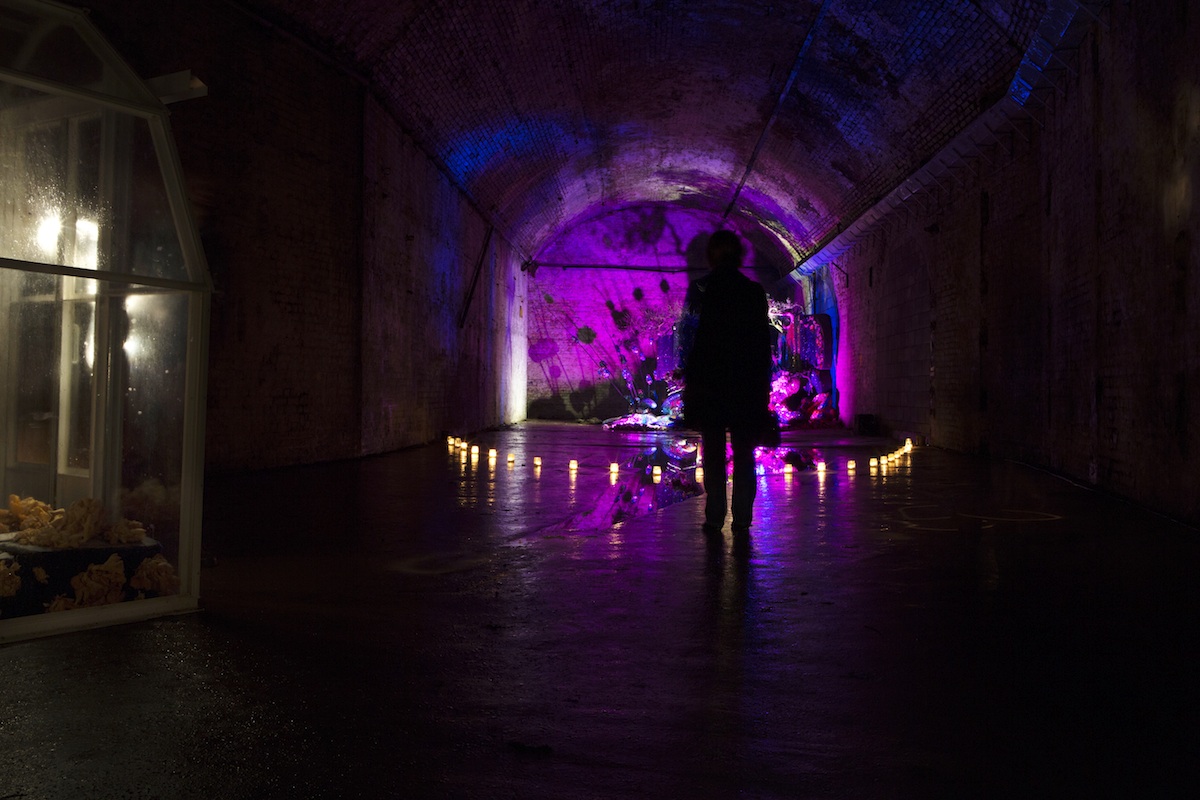 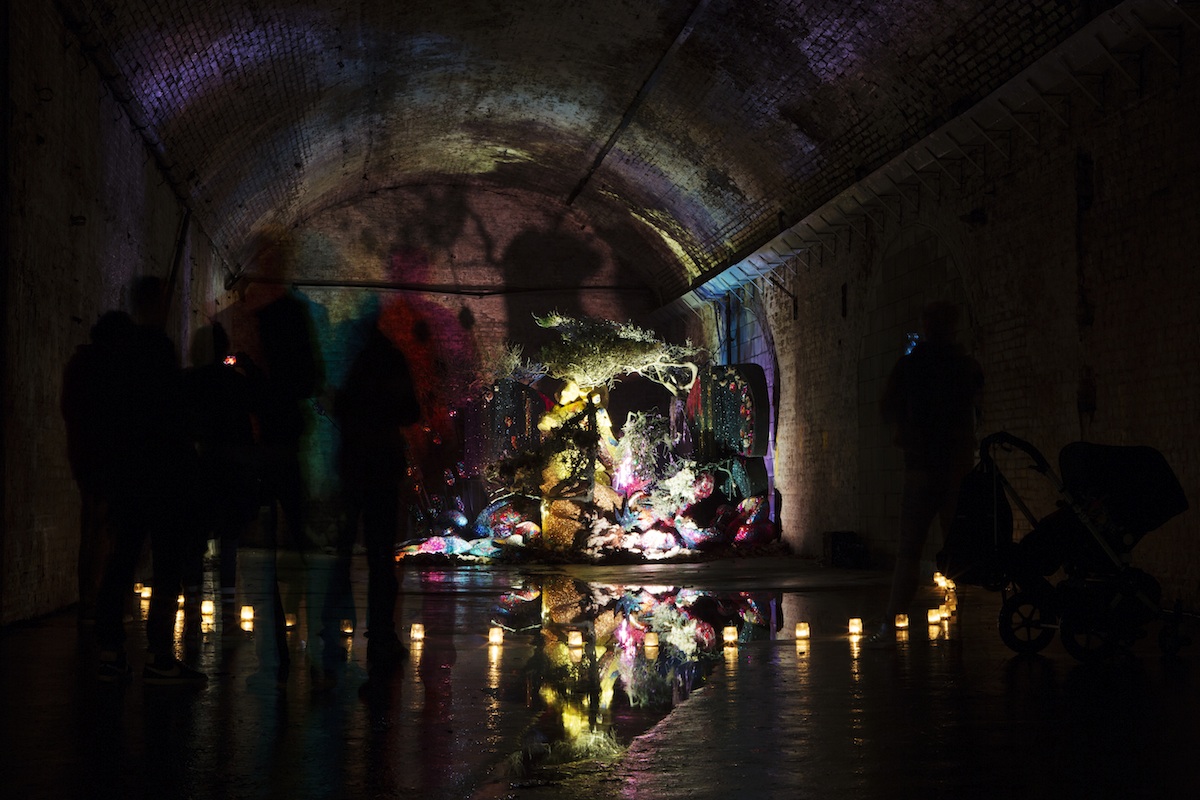 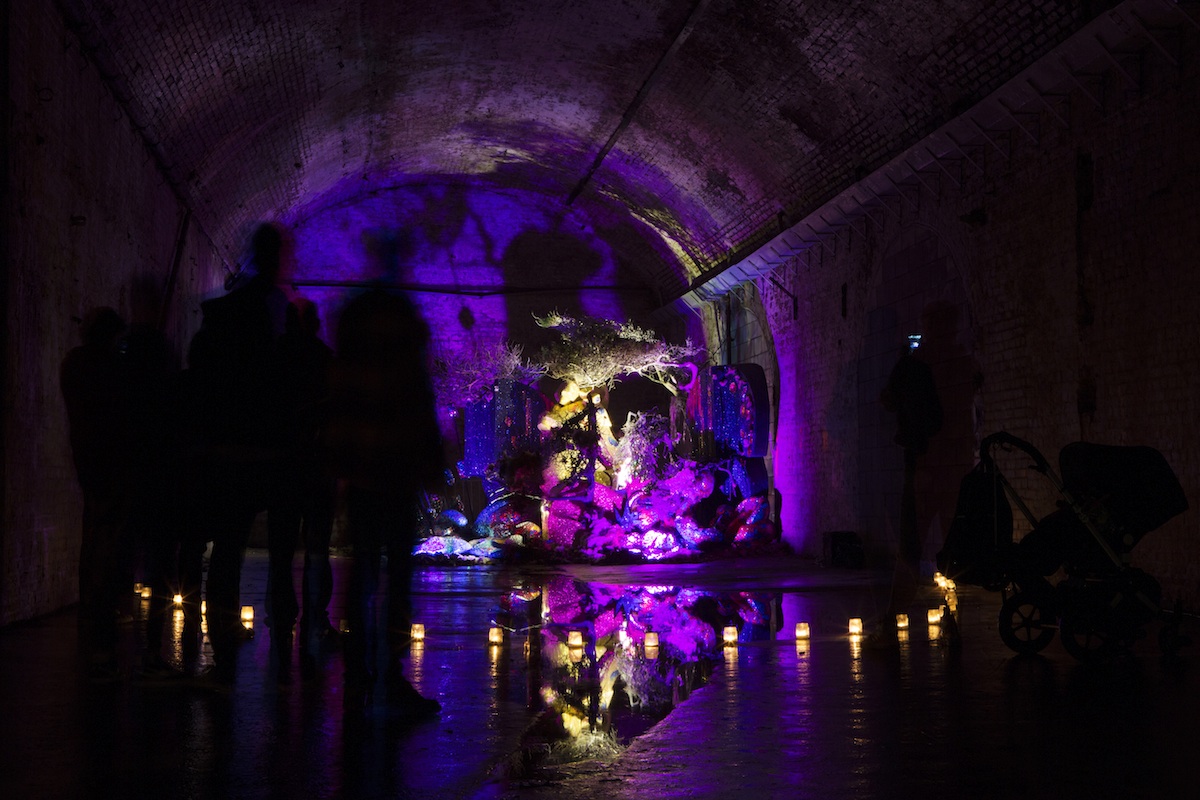